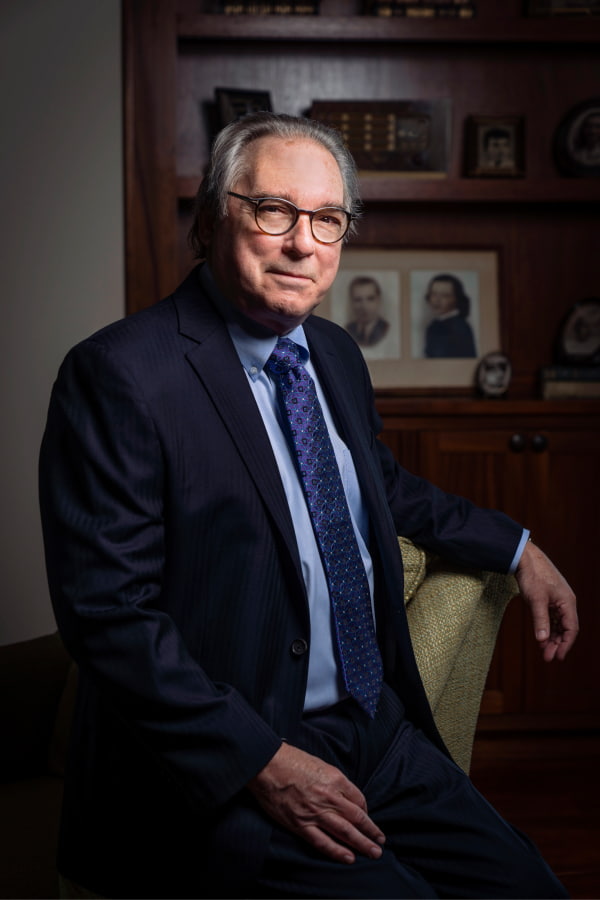 A classic theme weaves throughout Tim Bradley’s career — “recognize opportunities and be prepared to act.” When the competitive swimmer and high school salutatorian who was accepted to MIT and Rice University decided to enroll at Rolla, he recognized his first opportunity shortly after arriving on campus.

“I didn’t know what kind of engineer I wanted to be until I found out that petroleum engineering had scholarships and summer jobs available,” says Bradley, PetE’77. “I was putting myself through school and needed both.”

“Toward the end of the semester, we learned about CO2 injection and I was sold,” says Bradley.

“This was what I wanted to specialize in. As fate would have it, my first assignment at Shell focused on how to improve coring operations in a CO2 injection pilot test.”

Bradley advanced to manager of Shell’s enhanced oil recovery operations, which soon included offshore operations in the Gulf of Mexico. In 1989, however, Shell moved him into a lower profile role as manager of CO2 marketing.

“Instead of leading a team of 50 engineers and technicians, I was only supervising myself,” says Bradley, who made the most of what felt like a career setback. “I learned about building contracts, marketing strategies and negotiating deals with other companies,” he says. “Then it dawned on me that I wasn’t in engineering or operations anymore. I was learning the business side of the industry.”

“S&T has done a remarkable job preparing you for the first phase of your professional careers. Continuing to be prepared is now up to you.”

Shell CO2, a $360 million joint venture between Shell and Kinder Morgan, launched in 1998 with Bradley as president. When Shell sold its share, Bradley became president of Kinder Morgan CO2. He grew the company into the largest carbon dioxide producer, transporter and marketer in the United States, while expanding with the acquisition of a speculative oil field. Under his leadership, production increased by more than 300%, from 8,200 barrels a day to 35,000. Two years later, Kinder Morgan acquired another highly successful field.

“To put these acquisitions in perspective, only 10 oil fields in the United States had produced over a billion barrels,” says Bradley. “We operated two of them. Using CO2 injection to increase production, Kinder Morgan became the second largest oil producer in Texas.”

Bradley retired in 2013, and he and his wife, Kay, moved to Austin. Longtime supporters of Missouri S&T, the Bradleys established a fellowship endowment in petroleum engineering in 2014 and were the first donors to the university’s new Arrival District with a major gift that will reconfigure University Drive from I-44 to campus. They have also supported scholarships and the Kappa Alpha house expansion.

In December 2019, Bradley, a member of the S&T Board of Trustees and the Academy of Mines and Metallurgy, received an honorary doctorate and delivered the commencement address, which touched on the mantra that guided his career.

“Seneca, the ancient Roman philosopher who educated Nero, is credited with saying, ‘Luck is the intersection of preparation and opportunity,’” Bradley told the new graduates. “S&T has done a remarkable job preparing you for the first phase of your professional careers. Continuing to be prepared is now up to you.”