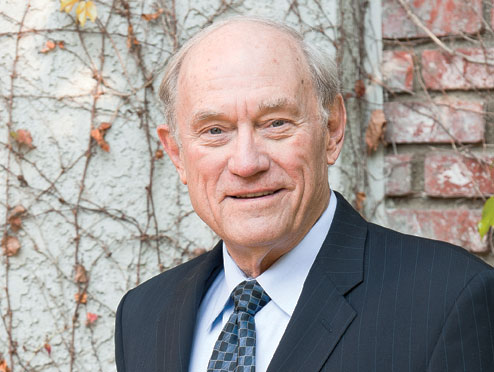 As “eminent members of the engineering profession,” members of the National Academy of Engineering are the people society looks to for guidance about the technical challenges facing our nation. Even the wording of the NAE’s latest campaign to promote engineering — “Changing the Conversation” — implies a new way of thinking.

One of those NAE members, Richard Stegemeier, PetE’50, is trying to get people to think differently about national energy needs in the context of global warming.

The former chair and CEO of Unocal, now a subsidiary of Chevron, Stegemeier says that our modern civilization cannot exist without energy — 85 percent of which comes from oil, gas and coal.

“Admittedly there are some environmental consequences from burning fossil fuels, but for now, life without them would be intolerable,” Stegemeier says. “That is until engineers can replace them with suitable alternatives and that will take decades.”

Stegemeier thinks global warming fears will soon be replaced with emerging energy concerns. He says there aren’t enough recoverable fossil fuels left to cause major damage to the environment. “By 2030, annual greenhouse gas emissions will be falling no matter what we do,” he says.

It’s up to today’s engineering and science majors to address the inevitable energy crisis facing our nation. That’s in step with the NAE’s call for more students to pursue engineering — simply because they will be needed to address the energy issue.

“Science and engineering majors today are on the cutting edge of the technologies that will help solve one of the greatest threats to civilization as we know it,” Stegemeier says.

A frequent visitor to campus, Stegemeier encourages S&T students to put their brainpower to work on the energy issue every chance he gets. Weaning the nation from its dependence on fossil fuels “won’t be easy, it won’t be fast and it will take advanced engineering and technology to accomplish,” Stegemeier said during a fall 2009 speech on campus (“Energy Independence: The Great Delusion”).

“We engineers have to figure out how to make it work,” he says. “Hope doesn’t do that.”