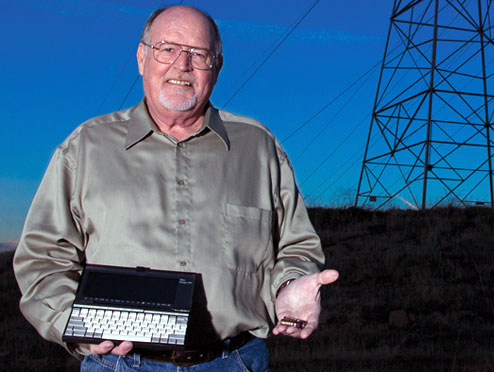 Many former Rolla students remember their first calculator — the TI-30 — but no one remembers it quite like John Fairbanks, EE’71.

By the mid-1970s, Texas Instruments’ Consumer Group had grown from a start-up to a thriving company. “The business environment was life in the fast lane without a seat belt,” says Fairbanks. “Hard work, long hours, big business risks and lots of challenges — an incredible adventure.”

Fairbanks was working on his second calculator project at the time. The idea was basically to reduce the cost of Texas Instruments’ SR-50 calculator. With the TI-30, Fairbanks eliminated half the cost, 90 percent of the parts, and about 80 percent of the labor. “The project took 10 months from approval to completion, and I believe we shipped over 100,000 in the first month,” Fairbanks says.

In 1987, Fairbanks started Poqet Computer with a few former TI coworkers in the spare room of a colleague’s house. Using what they learned from the TI-30 project, Fairbanks and his partners were able to build the first sub-notebook style computer. It was powered by two AA batteries.

“The only compelling feature that I could come up with for our computer was low power, because I understood the TI-30 power supply and nobody was building anything like that,” Fairbanks says. “The ‘radical’ innovations we made are standard procedure today. I ran the system clock fast only when necessary. I slowed it down and reduced the voltage whenever I could. The technique is now called voltage and frequency scaling and it’s used almost universally on portable systems.”

The Poqet conserved more than 90 percent of the processing power; power was even turned off between key strokes. The combination of techniques used by Fairbanks and the other owners of Poqet Computer — which was eventually acquired by Fujitsu — became known simply as “power management” for computer systems.