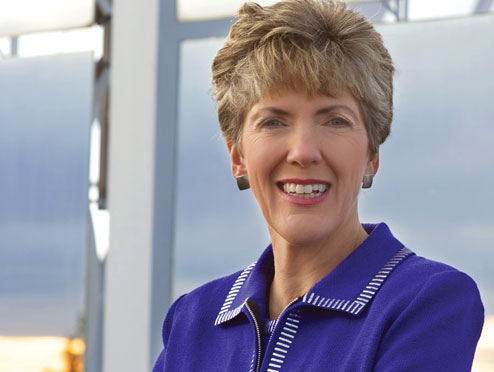 At Sandia National Laboratories, Joan Woodard, Math'73, was the executive vice president and deputy laboratories director for more than 10 years. She served as executive leader for the nuclear weapons program, as the executive for all programs in nonproliferation, military technology and systems, energy, environment and waste management technology and intelligence, and as chief operating officer responsible for all operations areas of the laboratories.

Woodard, who retired in May 2010, joined Sandia in 1974 and held various positions of increasing responsibility.

A member of the Missouri S&T Board of Trustees, Woodard has served on numerous advisory boards, commissions and study panels devoted to scientific discovery and national security. She earned a master's degree from Stanford University in 1975 and a Ph.D. in mechanical engineering from the University of California-Berkeley in 1982. She is currently a consultant.

S&T: How important is nuclear energy to the future of the U.S. economy?

Woodard: Currently the U.S. gets about 20 percent of its electric power from nuclear plants. There are other countries that get as much as 70 percent, such as France, so nuclear energy is already very important. To address our concerns with climate change and the environment, clean coal must be introduced, since we currently get about 48 percent of our electric power from coal. But that could be very costly. Similarly, renewable power will play a role but its cost is high, even with federal and state incentives, and its intermittent nature means we need to embrace all power options to ensure reliable, clean power. Today, nuclear plants have very high reliability and very good safety records. Plants are being relicensed for longer life, and new plants are under development. And new on the scene is the work by a few companies in this country, as well as many overseas, to design small modular nuclear power plants. These plants make the size of the capital investment more manageable for utilities.

S&T: How will the 2011 accident in Japan impact U.S. plans to rely more on nuclear energy in the future?

Woodard: The impact of the Japan situation will be in two areas. One, technical review of the design of older nuclear power plants against lessons learned from the Japanese plant most likely will be conducted and upgrades may be required. This is very appropriate. Two, the public and political response will be driven by the intense media coverage, some of which is factual and some not. Use of terms like "nuclear explosion" to describe a hydrogen explosion in the reactor building is just one example. The later impact just highlights the importance of better education at all grade levels as well as for the general public. This may fade over time, it is important to follow through on the lessons learned, and for the continued pursuit of new nuclear plants within the United States.