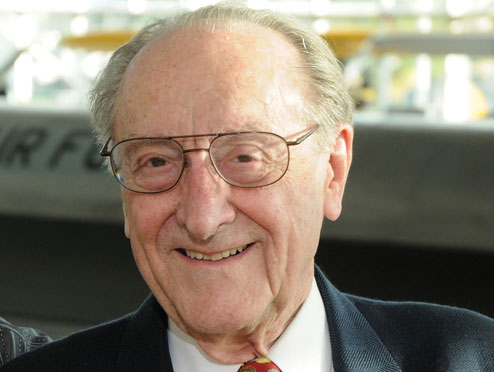 George Mueller, EE’39, once acknowledged in an interview what would have happened if his idea for “all-up” testing had failed. “The whole Apollo program and my reputation would have gone down the drain,” he said.

Mueller was associate administrator of NASA’s Office of Manned Space Flight from September 1963 to December 1969. When he got to NASA from academia and private industry, the Apollo program was behind schedule and considerably over budget. Mueller became convinced that the solution to both problems was what he called all-up testing. Instead of testing each individual stage of the rocket, Mueller wanted to conduct live tests of the entire system. Wernher Von Braun, director of the Marshall Space Flight Center and chief architect of the Saturn V launch vehicle, was skeptical. But Mueller’s plan won out, and the number of tests it would take to land a man on the moon was significantly reduced. “You can plan for disaster or you can plan for success,” Mueller said. “You might as well plan for success because you will have the disasters anyway.”

The Apollo program did experience a tragic disaster. On Jan. 27, 1967, all three men in the Apollo 1 crew were killed after a flash fire started in the command module while on the launch pad. But by December of 1968, Apollo 8 astronauts were the first to see the dark side of the moon. And, in July of 1969, the crew of Apollo 11 successfully made a moon landing and returned safely to Earth. Mueller attended all of the launches at Cape Kennedy, and, after each successful liftoff, he went to the Manned Spacecraft Center in Houston to follow the historic missions.

In addition to his work on the Apollo program, Mueller was a big proponent of a reusable space vehicle. As early as 1967, he held a one-day symposium to discuss low-cost space flight and shuttle-like designs. Even earlier, he had been entertaining ideas about a manned lunar base, an Earth-orbiting space station, and trips to Mars and beyond. Prior to leaving NASA to return to private industry, he was actively involved with plans for Skylab, the first U.S. space station.

Mueller grew up in St. Louis during a time when space flight was only feasible in science fiction. Now living in Seattle, he’s not sure what’s going to happen after the space shuttle program is scrapped, only that almost anything is possible with the right kind of leadership and commitment. When asked what the future holds for NASA, his reply was: “Good question!”