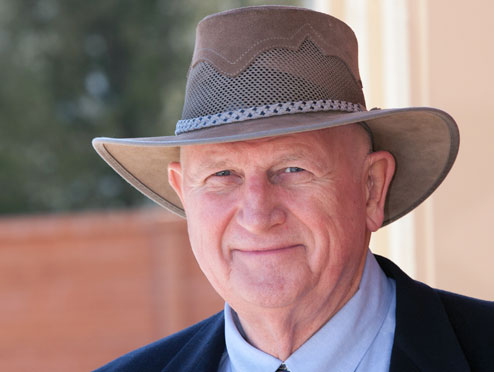 Havener, Math’62, knows something about going in and out of business. He’s been involved in a slew of them.

As a businessman, he could best be described as a “multipreneur.” He juggles a variety of business interests and does well with all of them. Whether it’s turning around a company facing bankruptcy — something he’s accomplished three times — or buying and selling real estate, warehousing textbooks, or designing and manufacturing military communication and navigational antenna equipment, Havener has a knack for succeeding in business.

In 2002, Havener decided to make a big investment in Missouri S&T. Thanks to his lead donation, the university opened the Havener Center in 2005. The 105,000-square-foot student center houses the S&T Bookstore, a food court, coffee shop, bank, administrative and student offices, and meeting and banquet space for groups, large and small. Most importantly, it brings students together in a central venue designed exclusively for them.

“The Havener Center has made things much easier on students,” says former Student Council President Michael Schwartz, CE’11. “It is nice to have meeting rooms available throughout Havener for various organizations to host different meetings and events. It eliminates the hassle of running all over campus.”

While a student at Rolla, Havener didn’t spend much time hanging out at the student center. It didn’t leave much of an impression on him, either. But one experience he had on a return visit to campus did.

In 1987, Havener attended the dedication ceremony for V.H. McNutt Hall, named for Vachel H. McNutt , MinE 1910, MS MinE 1912, a pioneering geologist who wasn’t alive at the time of the ceremony. Havener decided then and there that if he could have a similar impact on S&T, he wanted to do it while he was still alive to see it. “My hope was that I’d be able to do something like that in my lifetime.”