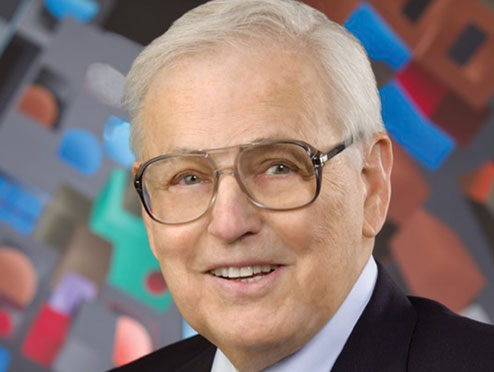 At age 82, Fred Kummer, CE '55, is in the office every day; still a hands-on leader. As president and CEO of St. Louis-based HBE Corp., the nation's leading design-build firm specializing in health care, Kummer is a scrapper who built his own company from the ground up, reaching a pinnacle of business success that few others have. He's done it with a keen eye for detail, a strong sense of commitment and a solid work ethic.

That work ethic has been with him since his first high school entrepreneurial venture; printing menus for hotel restaurants out of the basement of the New York City hotel his family lived in.

His management philosophy probably hasn't changed much since those days of setting lead type, where he learned that attention to detail leads to customer satisfaction.

"The detail is where you deliver the product," Kummer says.

Early in his career, Kummer recognized the health care industry's need for a single-source planner, designer and builder to maximize cost control. So he founded Hospital Building and Equipment, now HBE Corp., in 1960. To date, HBE has built nearly 1,000 hospitals in 49 states.

Through the years, Kummer's commitment to his alma mater has been unwavering. He has extended his design-build expertise to the Missouri S&T campus on many building projects. He is a former trustee and he served six years on the University of Missouri Board of Curators. Kummer has also been a volunteer fundraiser and a generous donor. He and his wife, June, recently made the naming gift for construction of the Kummer Student Design Center.